Why measure force? Manufacturers strive to optimize their materials, products and processes to achieve maximum performance and safety with minimal cost. To find the right manufacturing mix, many manufacturers put their materials and products to the test. This kind of testing often involves the use of a force gauge to determine under what conditions a material, component or product could break or become loose. A force gauge can be used to identify the amount of Newtons necessary to a open door, turn a handle or push down a vehicle's brake pedal. Force gauges can measure tension forces used to destroy metal pipes or wires. Force gauges even can be used to evaluate how compression forces affect car seats during an automobile accident.

What is a Force Gauge? – Video 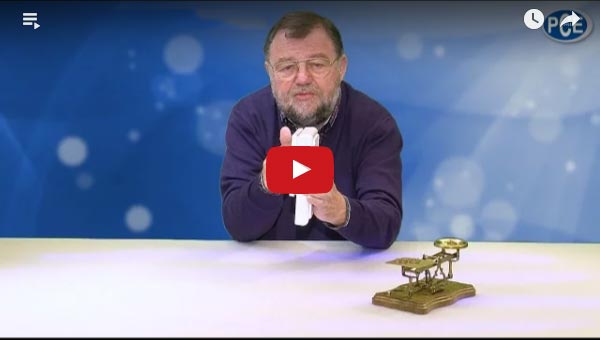 Read an analysis of the authenticity of a TV stunt. A force gauge was used to measure and prove the validity...

Force gauges have myriad applications. See how PCE force gauges are used in different ways in various fields of industry...

Generally speaking, a force gauge is a mechanical or digital device used to measure the applied compression, tension, torque...

Each force gauge is calibrated and adjusted according to the highest possible quality standards...

- Measuring range 0 N ... 1000 kN (depending on model)
- For measuring axial and bearing forces
- Made of stainless steel
- Display in Kilonewton

Please make your selection in the technical data or in the shopping cart. The belt tension meter is an optical measuring instrument for determining the belt tension force. This force measuring device consists of a display unit and a sensor on a gooseneck cable. The force gauge measures the tension of the belt in a stationary state.

The force gauge PCE DFG N 5K measures both tensile and compressive forces with a very high resolution. The tensile force and the compressive force are often determined in the laboratory, for example, to determine the yield, the breakaway force, and the force required to push a button or switch. You can buy the force gauge PCE-DFG N 5K here in our online shop.
- Measuring range: 0 ... 5,000 N / 0 ... 1,124 lbs
- Resolution: 1 N / 0.22 lbs
- Accuracy: ± 0.1% of the measuring range
- Memory for 100 measurements
- USB interface
- Graphic display
- Incl. ISO calibration certificate
Manufacturer: PCE Instruments