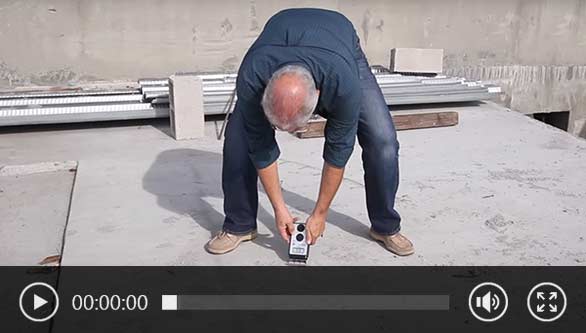 PCE-PMI 2 is a nondestructive concrete moisture meter or dampness instrument that measures the moisture content of concrete and other building materials. It offers many preset characteristic curves based on alternative material densities. This digital moisture device gives quick and accurate moisture measurement without causing any damage to the test material. The concrete moisture meter is designed for mobile use by technicians and assemblers. It not only measures the absolute moisture in construction materials or wood, but can also display data regarding air humidity and temperature. For industrial continuous production of concrete, powders, wood, and other small aggregates when in-line moisture measurement for monitoring and controlling the drying and mixing process is important. Consistent quality of every batch, reduction of the consumption of materials, and shortest possible drying and mixing times are the criteria which are important in materials production. The PCE-MWM 210 moisture test sensor of PCE Instruments helps meet those criteria through highly accurate moisture measurement.