When it goes about the storage, shelf life and quality of the grain, the moisture of the grain plays a crucial role. Therefore, care and monitoring of the condition of the grain is essential before, during and after the storage. An ideal help here is the grain moisture meter from PCE Instruments. With the grain moisture meter, the moisture can be measured easily, conveniently and particularly accurately and thus the bulk material can be protected from spoilage. The grain moisture meter was specially developed to reliably determine the moisture content in 17 different types of grain (wheat, maize, japonica rice, Indian rice, soybeans, rice, sorghum, rapeseed, millet, peanuts, barley, sunflower seeds, coffee beans, cocoa beans, sesame, almond, linseed). Grain is a basic food for humans and animals and is e.g. also used as a raw material for the production of such products as spirits. 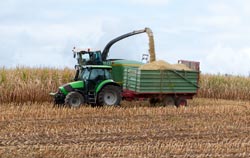 In order to store wheat, corn, millet and other types of grain without the grain being damaged, it must first be dried. Grains can only be stored when the moisture content reaches 14.5 percent. However, since it is often harvested in a damp weather, a subsequent drying process is required. This is the only way to remove the excessive moisture from the grain. If the grain contains too much moisture during the storage, there is a high risk of the fungal attack, which makes the grain unusable. Moisture can be determined quickly and easily with the grain moisture meter from PCE Instruments, a whole grain moisture meter. Basically, the following applies: the drier the grain, the less likely it is that bacteria and fungi will spread. The measuring range of the grain moisture meter is big and goes from 4.5 to 40 percent depending on the grain type. After drying, depending on the application case, the grain is partially moistened again to 16 to 17%. This is done when the grain is to be ground. 14% moisture is too low for grinding, so, the grain moisture meter can also be used to determine the boundary between storable and grindable grains. 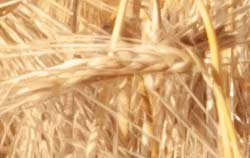 Furthermore, the grain moisture meter is a helpful tool for carrying out regular quality controls in the field of grain cultivation. With this moisture meter, one can decide directly on the field whether the grain harvesting at an appropriate time already makes sense or not. Thus, the waiting times for the results of the external service providers can be reduced, which on the one hand saves the costs and on the other hand reduces the downtimes of the harvesting machines. The grain moisture meter can thus help to reduce the costs and increase the efficiency during the grain harvesting and processing. Order no.: CAL-PCE-GMM
ISO Calibration Certificate for the PCE-GMM 10
ISO calibration certificate for moisture, certifies the traceability to national test standards and is often required to comply with DIN ISO 9000.
Calibration certificates are issued specifically for the customer and are excluded from the right of return.
Catalogue: Measuring Instruments / Test Meters / Moisture Meter
Manufacturer: PCE Instruments
£ 111.00