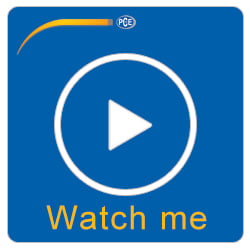 Order no.: PCE-PQC 11US
Available in: 1-2 days
Particle counter PCE-PQC 1xUS series incl. calibration certificate
Measurement of particle sizes up to 25 μm / Up to 6 parallel measuring channels / Internal memory / Reporting according to ISO 14644-1, EU GMP Annex I, FS 209E / Extrapolation of the mass concentration in μg / m³ / Ethernet, USB or (optional) Wifi connection
The particle counters of the PCE-PQC 1xUS series measure the concentration of particles such as dust, soot, pollens, and many other aerosols in the air. These particle counters were developed to accurately determine the degree of pollution of the air. Pollution is mainly generated by combustion, material processing, manufacturing, power generation, vehicle engine emissions and the construction industry. With the help of the PCE-PQC 1xUS series particle counters, the exact amount of dirt particles in the air can be measured.
Of greater importance is the degree of pollution of the air with pathogenic particles such as soot, which are released by the industry and especially by diesel vehicles without special filtering in the air. Such dispersion particles are responsible inter alia for reduced visibility, the inhalation of toxic substances and thus reduced labor productivity. It has also been known for some time that the particles also make a not inconsiderable contribution to many medical diseases such as asthma, bronchitis, skin and lung diseases. The particle counters are designed for quick and easy use. The particle counters of the PCE-PQC 1xUS series operate in different modes (real-time, cumulative, differential, mass concentration, ...) and display the results on the display,